The 65th Cape Town Circle Conference on 1 March 2017 was hosted by Fish Hoek with all five Branches attending: Fish Hoek, Hottentots Holland, Milnerton, Rondebosch and Strand. This Conference was well attended and enjoyed by members of the Circle as well as Presidents of adjoining Circles. Traffic, the ubiquitous problem, exacerbated in that area by never-ending road works, made access difficult but, as the welcoming Acting Branch Chairman, Mrs Pat James, said, their beach remains intact as they work toward blue flag status.

Some of the burning issues of the day were addressed by various speakers:  Justin Smith, a Woolworths employee, spoke about the role of business in society with regard to water, education and agriculture, essential elements in the welfare of a nation.  A local nurseryman gave useful advice on water wise gardening.  He explained about mulching and water retention and displayed a range of plants which require minimal watering.  While showing useful products and articles available he produced, of all things, a rain-gauge – a touch of wry humour, perhaps? Mrs. Lorette Espi, a renowned potter, gave a very enthusiastic, informative and interesting demonstration on pottery while members could feast their eyes on pottery articles made by her.

A good array of competition entries was displayed, with Strand and Hottentots Holland Branches taking the bulk of the trophies. Two special cups were awarded by the President:  one to Fish Hoek Branch for Perseverance in the face of difficult circumstances and the other one for Loyalty and Helpfulness to Erna de Waal, Convener of Arts and Handicraft.

It was a worthwhile, relaxed and successful Conference enjoyed by everyone.  Fish Hoek Branch has to be congratulated with a well organised Conference. 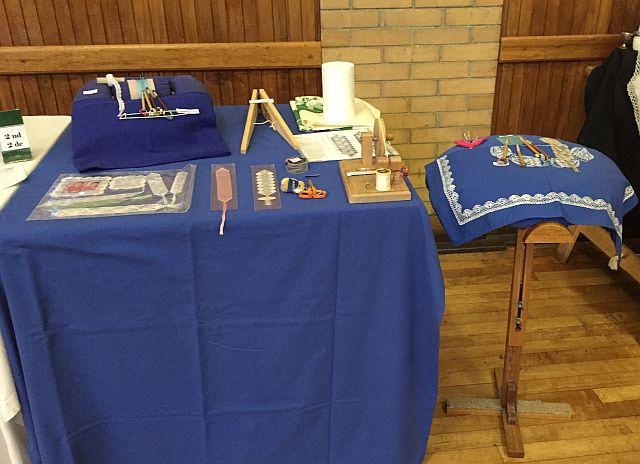 A beautiful – and informative – display of everything needed for bobbin lace making, compliments of Mrs. Rina Kotzé, Circle President. 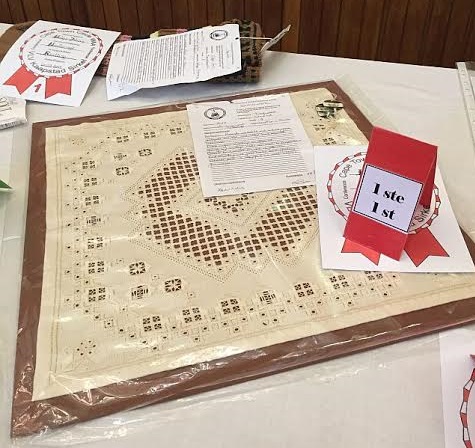 The well-executed Hardanger center-piece embroidery by Mrs. Marie Bester from Strand Branch that won her 1st prize in this category. 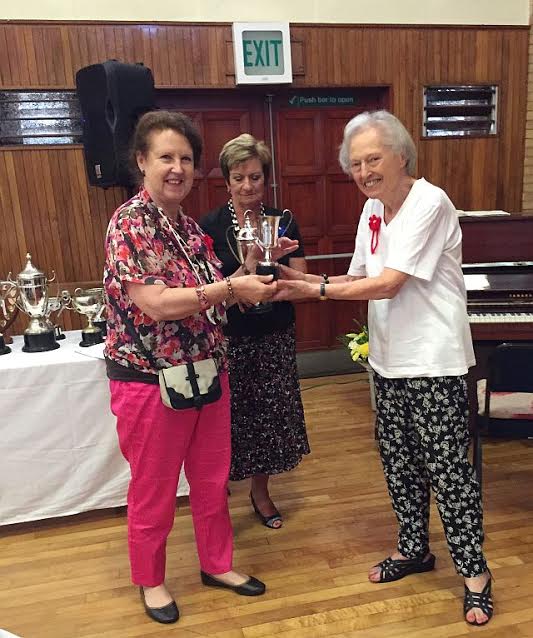 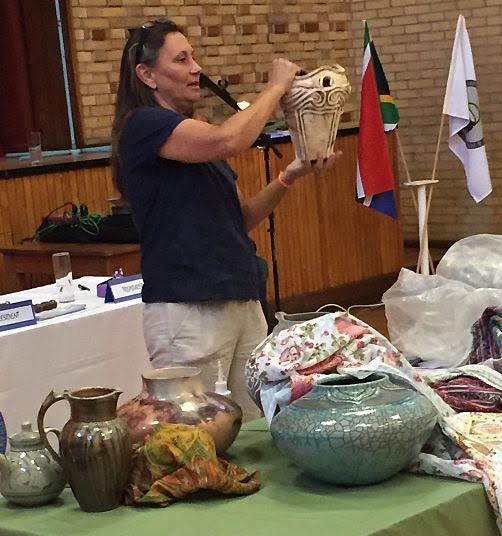 Lorette Espi, well known potter, demonstrated what a rewarding and therapeutic hobby pottery can be while members marvelled at the beautiful pots she has made. 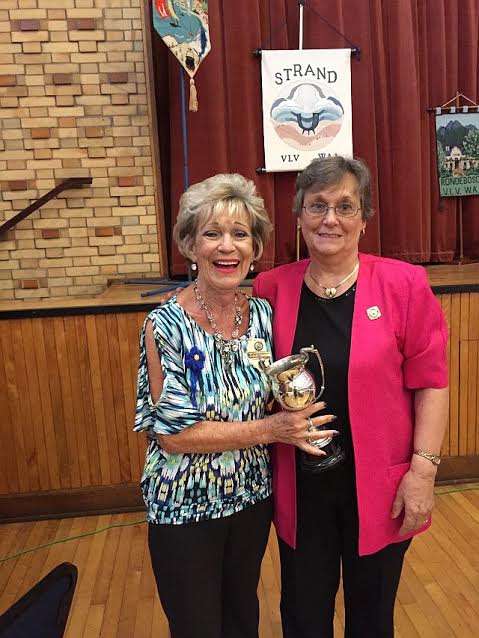 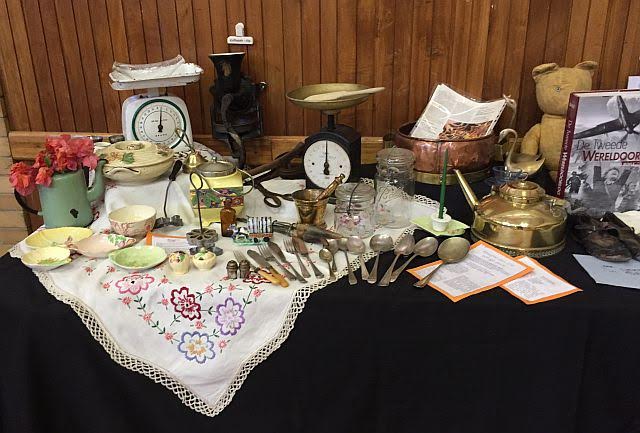 A beautiful and nostalgic display of well-preserved kitchenware of days gone by, by Hottentots Holland Branch. 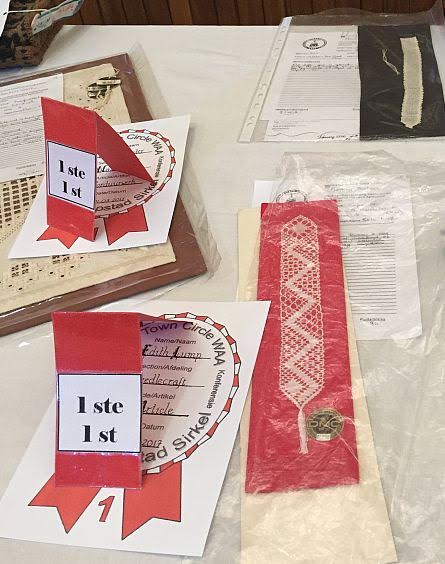 Edith Lump from Rondebosch Branch made this exquisite bobbin lace bookmark, which won her the trophy for Best Article at Conference. 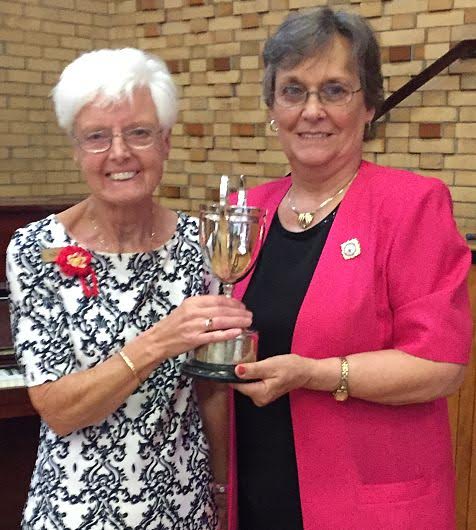 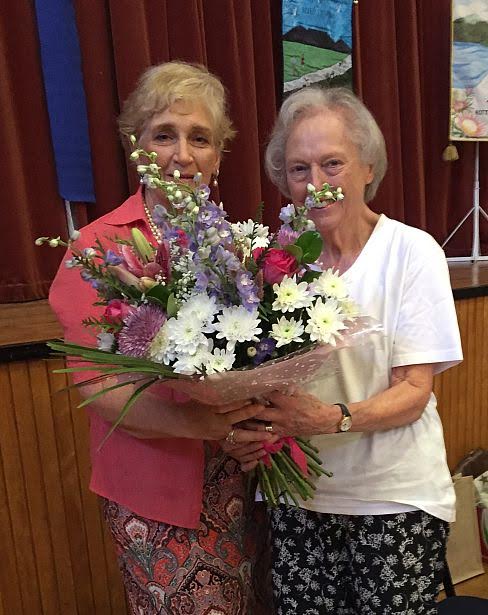